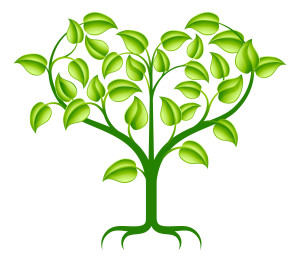 Discovering EFT and ‘Working in the Light’

‘When one door closes another door opens, but we so often look so long and so regretfully upon the closed door, that we do not see the ones which open for us.’ Alexander Graham Bell

‘Working in the Light’

During training in a Matrix Reimprinting Advanced Tools workshop I asked to be a guinea pig and to work with one of the trainers. The lessons I learned I accept quite rationally. I only wish I had started working in the field of Energy Psychology much earlier in my life. However, I needed to be led into it. I find the work I do fascinating. Ortal Pelleg and Sasha Allenby were running this course. I worked with Ortal.

We started with EFT and some tapping to quieten down to tune in to one another. The issue: My husband’s death. The part I’d only ever shared with a very few people: the sex before his death. I was asked to take my issue to The Light; to a place of peace and clarity where lessons can be learned and better understood.

Where is that? It is where you want it to be. Some people find a place quickly, others take a little time. I could not find a place of light or perhaps a place of peace. There was too much mental interference: my thoughts, pictures, people were getting in the way. Certainly not a clear place.

I took it up into the sky – still not good enough – still too much interference.

I worked on it and took it up into the sky, into the vast universe, but still had difficulty in finding a clear space to acquire any learning. I suppose that shows the degree to which my subconscious was getting in my way. Someone may comment and tell me their thoughts, online. I write later about ‘Secondary Gain’. I fear I had some of those!

So I found myself going back to The Big Bang – the time when time began – a place free from all possible interference.

I had a fantastic few moments. I saw myself bouncing through time, no barriers One moment in one place, another moment, God knows where – a free spirit. From one part of the Universe to another – in a moment. Not a problem, not an issue.

His life was his. I was a part of his life here on earth. His spirit in that body was finished. It was time for him to leave this terrestrial plane. Goodness knows why he came into his body and what his journey in this life was to learn. I realised that his time was over.

As for me, I realised I still had a life to lead. That satisfied me. His time was over. Mine wasn’t. I wondered whether it was time to let go or hold on.

In my case I had had a good excuse to not let go completely. I had two children who I hope will be able to remember the good times.

When you are dealing with the grief, anger, or the unfairness of any trauma and you have children who are part of that scenario, then it is not unusual for lots of discussion, and reassurance to continue. Many conversations between the children and I took place. It is a constant reminder.

Time has to be an answer here. We were all horrified. In my case, the divorce was a death to me. I was closed emotionally so I seemed to be stunned by my husband’s death but not grief-stricken. I may also have been grateful on a subconscious level; I was most definitely stunned. In time I realised that it is the remembering of the good parts that is beneficial, cleansing and therapeutic.

I reflect on the fact that his time was up. I take comfort that his last moments here on earth perhaps left him with a feeling that he wasn’t so bad – so alone. He was not alone when he died and surely, that is most fortunate for me and our children. Goodness only knows! I choose to hold that belief and therefore it can help me continue with my journey.

The Sliding Doors scenario. He could have moved out, died alone. Plenty of room for guilt with that ending. On the morning of his death, I received a letter from his lawyer asking if I would give him another six months to sort himself out (to dry out). Would I put everything on hold? In other words, give him another chance. I pondered a little over this as you can imagine and what I believe is that I would have divorced him. I had had enough.

The Sliding Doors scenario again. I am 100% certain I would have received no peace for a considerable amount of time had he left and stayed in his unhappy state. I would now be different, possibly deeply troubled. I am eternally grateful that my children are wonderful, decent young people and I will leave it there.

The phrase let off the hook seems apt so I embrace that, say a thank you up to the Universe and enjoy the times when all is good. I ask you, Which door do you open?

It’s a no brainer surely. Do yourself a favour. The door you believe will lead to opportunity is the door to open. If you are in that position, open the correct door. The Law of Attraction can then be helpful because you are attracting positive energy. If we feel, believe and know that we deserve good things, the choice is easy.

We now move onto Section 2 – Resources, then Section 3 – Contributions.

These sections are informative for those who wish to understand more about emotions and to find tools and methods to help troubled emotions. The accounts in Section 3 are from those who are thriving after their challenges. You may appreciate the messages they share.

Survive and Thrive after Trauma

Chris ElmesThank you so much for talking to us about EFT – a subject which, pretty obviously, none of us had the first clue about!read more
Sheryl AndrewsI have to say that I was really impressed with the whole experience and left feeling like my whole emotional well being had shifted up a notch or two.read more
Paula BishopSusan clearly explained the EFT and Matrix process to me and led me through, step by step, always checking that what we were doing was suitable for me.read more